Past projects and funding

Since the  Community took over the lease of Quarantine Island in 1958, initially as the St Martin Island Community,  a huge amount of work has gone into making the island accessible and habitable!

Early community members describe “The climb from the jetty was difficult and overgrown,” “…a deep layer of solidified goat dropping had to be dug out of the milking shed.” and “…the main house (the enlarged Keeper’s Cottage)…the only building still in ‘fair condition’.”

The jetty has been extended.  The community built the Chapel.  The Lodge has been added to.  Composting toilets have been installed.  A very valuable and essential rainwater collection and storage system has been extended. 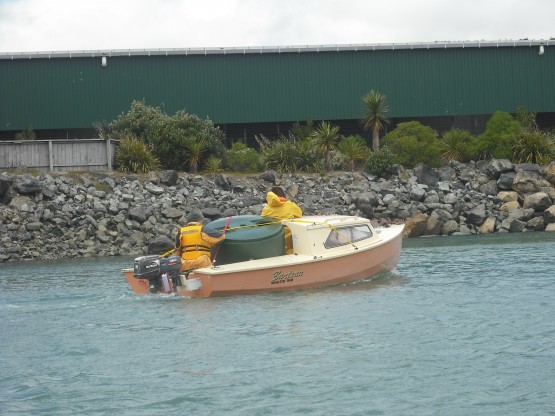 The WW1 soldiers recreation rooms have been added to and transformed into the current Resident Keepers Cottage.  Extensive fencing has been erected to protect the regenerating native bush and provide a space for farm animals.

Huge amounts of volunteer work has gone into creating the beautiful, interesting, refreshing sanctuary that Quarantine Island Kamau Taurua is to so many people.

This is the last remaining building in the 1870′s quarantine station, a prominent two-storied building which  once housed families in quarantine. The building had become very dilapidated, when a massive effort was put in to save and restore it, led by former keeper, Kathy Morrison. The building is now weatherproof and structurally sound – officially saved!

In fact, we are delighted to have just won the an award in 2019 for our collective work to save and preserve this special building! See Summary of the saving and preservation of the Married Quarters Building – submitted in support of our nomination for the David Cox Memorial Award

Thanks to Alexander McMillan Trust and Otago Community Trust for funds to repaint the exterior in March- April 2019, and Paul Clements and Moana House for doing this work.

To find out more about what was found during the archaeological monitoring of the excavation, read Shar Briden’s report

Access to the buildings from the Jetty: When the community first arrived on the island they had to scramble their way through bush up a steep hill to the historic buildings.  In the early years the community cleared a path from the jetty up the side of the hill to the ‘Lodge’ (old Keepers cottage from quarantine days).  This track still exists and is the most used access way.  It does get very muddy in the winter and is very vulnerable to slipping being steep with patchy ground cover.

It was decided that another access was needed making the route to the historic buildings a little easier.  Steps were cut and built from the jetty up to the current Keepers Cottage (originally the WW1 soldiers recreation rooms). Thanks to the Bendigo Valley Sports and Charity Foundation, Dunedin Amenities Society and the Bracey-Brown family for generous financial help with this. We have also recently improved access ladders onto the Jetty. Thanks to John McLachlan for this.

We are dependent on catching and storing rainwater on the island. Until recently we were reliant on storing all our water in the original concrete tanks, which have cracks and leaks. Thanks to the Speights Fund in 2018 for funds to purchase a new 3500 litre tank, pipes and fittings, to replace the aging concrete tanks,  and fit in with our new water filter system (funded through a DCC Services Grant in 2017). This complements the 30 000 litre tank, funded by the Sargood Bequest in 2010, which was transported to the Island by helicopter, thanks to a grant from the Bendigo Valley Sport & Charitable Foundation. Thanks also to our volunteers, who carried over all the gravel and built the pad.

Lodge and Cottage maintenance and improvements

A lot of work has taken place to improve the Lodge over the years, but as funds and energy allow, we will continue to work on this.

In 2017-early 2018 volunteer electricians, Roman Solomatenko and Graham Innes, donated more than 100 hours to replace and upgrade most of the electrical system in the Lodge. This is almost complete. Thanks to a DCC Services Grant for covering materials. Thanks also to this fund for enabling us to purchase a UV water filter so we can treat the drinking water.In December 2016, a Panasonic heatpump was installed in the Dining Room, thanks to a generous $3000 grant from Foodstuffs/Gardens New World, and a $600 discount from Panasonic.

In February 2013 the Community Council installed underfloor insulation in the Keeper’s Cottage, repaired the rotting southern wall of the cottage, and replaced a rotten window.  A big thank you to Kristen Bracey and Chris Brown and Peter Matheson for generous donations.

In August 2016, Dr. Pascal Sirguey and Craig McDonnell conducted a survey of the Island using a combination of photos * captured by a Remotely Piloted Aircraft System (RPAS, a.k.a., drone or UAV) and ground survey.  This gives us up to date topographical data and aerial imagery of the island at unprecedented resolution, and will add to the understanding of the ecology and heritage features on the Island. A further ground survey of the cemetery took place in early 2017 and we are eagerly awaiting the results.